What is Pokémon Go, and how can it work for your business? 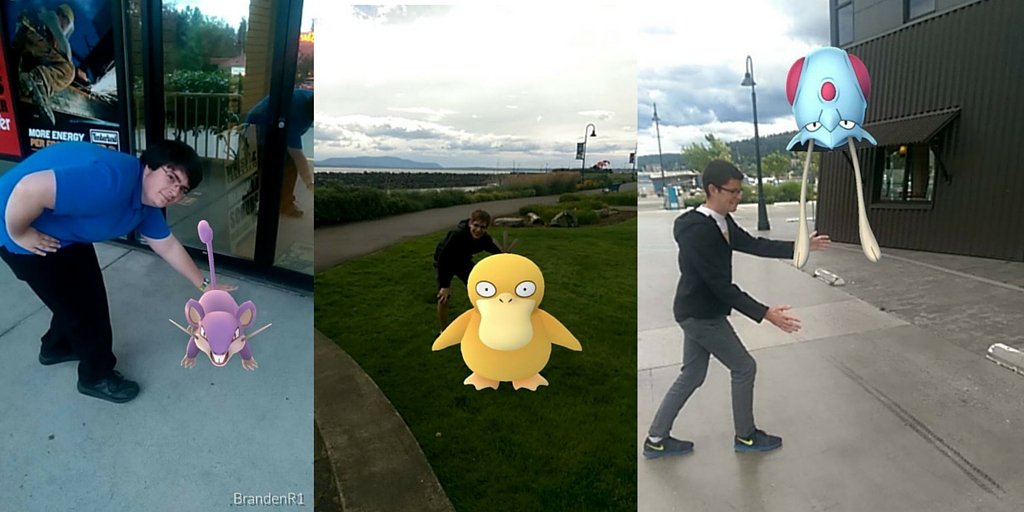 Bellingham is no stranger to zombie hordes.  Zombies vs. Survivors has been taking place at Maritime Heritage Park for seven years now. And Humans vs. Zombies has been a staple up at Western Washington University for years, too.

But there’s a new kind of zombie walking the streets of Bellingham these days.

That’s right (you saw this coming, didn’t you?) – we’re talking about Pokémon Go players. If you’ve seen someone recently walking around town staring at a phone screen, there’s a pretty good chance Pokémon Go is involved.

Players of all ages love the game. For those who grew up in the original popularity of Pokémon, this new game offers a fun return to their childhood.

What is this new fad, and how can businesses around Whatcom County capitalize on it?

Pokémon Go is an augmented reality game in which users view the world through their smartphone screens, looking for Pokémon characters.  The game uses the phone’s camera to show the player’s surroundings, but added to the screen is a heads-up display of sorts that gives information about Pokémon lurking nearby. Players walk up to a Pokémon and throw a virtual Pokéball at it, attempting to capture it. 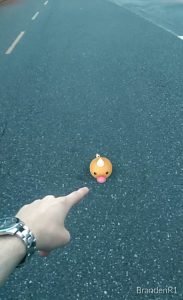 If you have no idea what any of that means, this Wikipedia article does a good job explaining the game.

Once players have collected a character, they train it in the hopes of evolving it to full Pokémon status. The end goal, essentially, is to obtain the original 151 fully evolved Pokémon.

The game has been insanely popular in the days since its launch in July 2016. Data from SimilarWeb on July 11 show that the game is installed on more than 10 percent of all Android phones, and its use has eclipsed both Instagram and Snapchat in daily time of use.

According to a recent article in Inc. Magazine, the game has been a boon for local businesses, many of whom have done record business by catering to the hordes of Pokémon hunters.

For starters, the article recommends, business owners should find out whether their business is a Pokéstop or Gym. Both types of places attract foot traffic, as gamers need to physically be at the locations to train their Pokémon or do battle with other users.

The game is free to play, but it does include a number of in-app purchases to enhance the play and make it easier to capture Pokémon.

One way that businesses can take advantage of this is by buying and then dropping Lures, which for half an hour increase the rate at which Pokémon are generated in the area of the Pokéstop at which they’re placed.

A recent Reddit thread on this topic was full of advice for business owners. One example:

Of course, it helps to advertise in advance that you’ll be dropping Lures at a certain time, to maximize the number of players who’ll hear of it and want to stop by.

Gyms don’t need Lures, though, because users will gather there anyway to do battle and try to take ownership of the location. 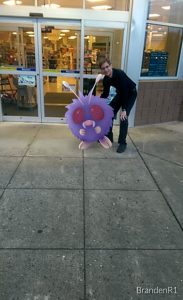 As always, though, it doesn’t hurt to let people know there’s a gym at your business. Screenshots posted to social media or your website will do the trick. Promotional campaigns can also take advantage of Gyms. Businesses can give discounts to the player (and their team members) in control of the gym, for example. A permanent happy hour for the gym controller, maybe? Foursquare, in its heyday, contained similar promotions for mayors of various locations.

If you’re simply looking to increase foot traffic without getting overly complicated, merely spreading the word about Pokémon available in your area (especially if they’re of the rarer variety) can be helpful. Promoting a post on Facebook can, if it’s geotargeted, get the post in front of players nearby.

Business websites, too, can help generate foot (and web!) traffic. A recent post from New York University, for example, listed the 12 Pokéstops on campus. And Pepperdine University created a map.