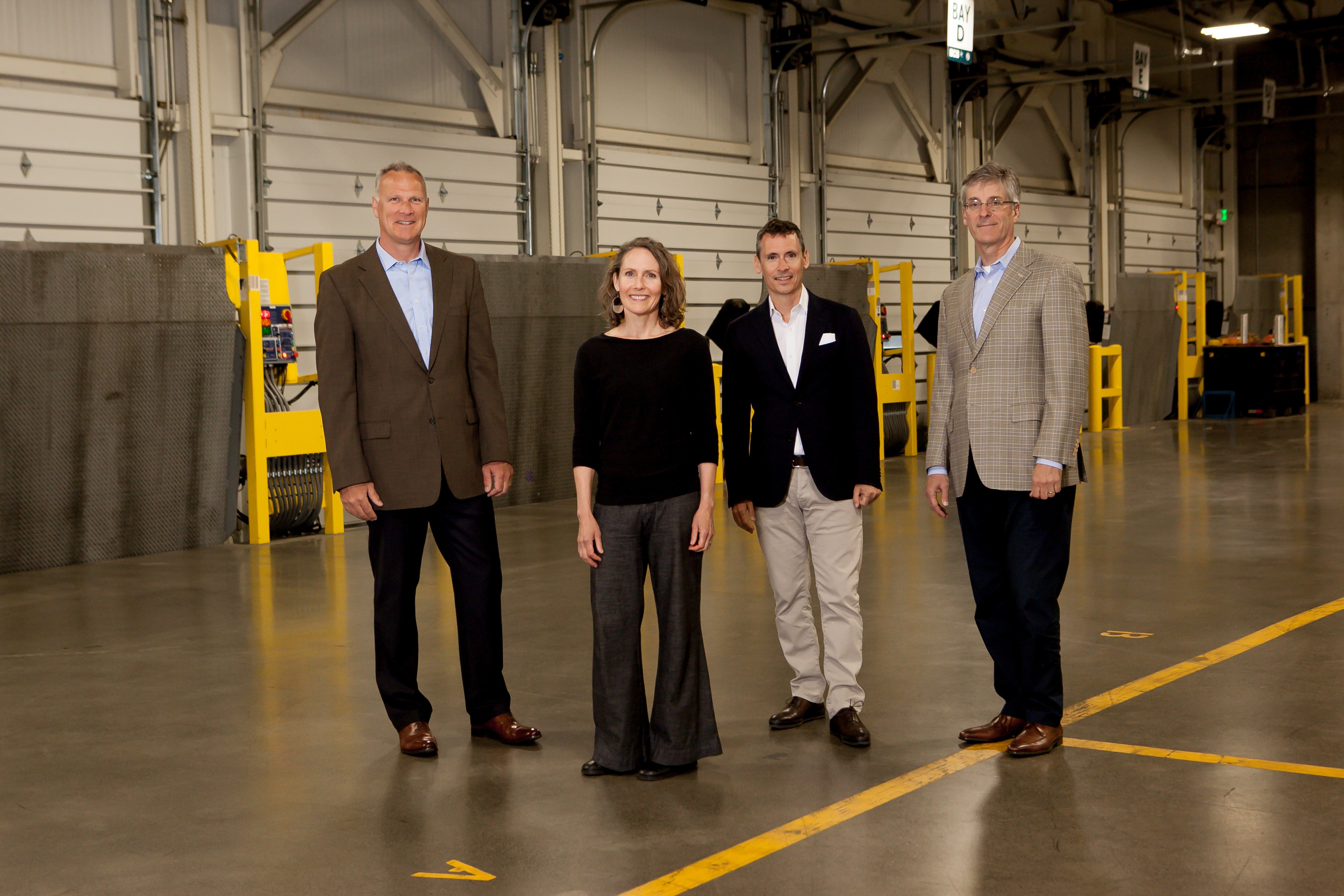 BELLINGHAM, WA—The Joshua Green Corporation, a Seattle-based company that has been investing in the Pacific Northwest since the late 19th century, has agreed to purchase a majority stake in Bellingham Cold Storage.

Siblings Stowe and Jane Talbot — who also own the Barkley Village real estate development — are third-generation owners of Bellingham Cold Storage. In late 2017, they decided to look for an investment partner that would enable the family to continue its involvement in the company at a reduced level while also encouraging its future growth.

After a thorough search for suitable partners, the Joshua Green Corporation stood out as the best candidate. The Talbots selected JGC for its business acumen, financial resources and, most of all, the values it shares with BCS, Stowe Talbot said.

“The Joshua Green Corporation will be the ideal partner to take Bellingham Cold Storage to the next level,” he said. “They impressed us with their experience investing in companies like ours and with their values, vision and optimism. BCS team members and customers will appreciate the capabilities JGC can provide to improve and expand our services.”

No major changes planned in staffing or business operations

“We recognize the importance that a business plays in the life of its employees and within a community,” he said. “We seek to enable employees to realize their potential and pursue their interests in a manner that also mutually benefits their colleagues and the company. We do not anticipate any changes to the management team or in the way the company operates as a result of this ownership change.”

Doug Thomas will remain as president and CEO, and the Talbots will continue to own a meaningful stake in the company.

Bellingham Cold Storage employs approximately 175 people at two facilities in Bellingham — one on the waterfront, on land leased from the Port of Bellingham, and the other on Orchard Drive, next to Interstate 5. A number of its customers lease sizable food-processing facilities from BCS. Total employment on the BCS campuses, including at on-site processors, can reach 1,500 or more in the busy summer and fall harvest seasons.

A mindset of long-term growth and continuity

“As a multigenerational, family-owned company itself, the Joshua Green Corporation shares Bellingham Cold Storage’s long-term growth perspective,” Thomas said. “JGC invests in companies with well-run management teams, and they tend to keep those teams intact. I’m excited for the growth opportunity that this ownership change presents; it’s good for our employees, for our customers, and for the economic development of Whatcom County.”

With its location between Vancouver, B.C., and Seattle, along with its access to international ports, Bellingham Cold Storage has great potential for growth, McCammon said.

“We like Bellingham, and we believe that JGC’s financial strength will enable Bellingham Cold Storage to think strategically about its opportunities and to invest for its long-term growth in support of both existing and future customers,” he said. “We look forward to collaborating with BCS’s management team and the Port of Bellingham on the development of those opportunities.”

In 1886, Joshua Green arrived in Washington state and began his maritime career, first as an officer on several Mosquito Fleet ships that ferried passengers and cargo throughout the Puget Sound and eventually as founder of the Puget Sound Navigation Company, which after World War II would become the basis for the Washington State Ferries.

During the 1920s, Green bought Peoples Savings Bank, guiding it through the Great Depression and World War II and building it into one of the state’s largest banks before its eventual sale to U.S. Bank.

The Talbot family’s maritime roots date back to 1941, when Archibald Talbot purchased and began operating the Bellingham Shipyards, which built minesweepers and barges for the U.S. Navy during World War II and the Korean War. Talbot established the cold storage business in 1946 next to the shipyard as a way to diversify after WWII ended. It offered local fishermen and farmers access to refrigerated warehousing and shipping.

“We recognize and appreciate that JGC and BCS were both founded in the maritime industry,” Talbot said. “Each company has a history of positively contributing to the growth and economy of this region. With this ownership change, those positive contributions will continue for many years to come.”

Bellingham Cold Storage provides storage, handling and logistics solutions to a wide range of food customers. The company has grown over the years to become the largest portside cold storage facility on the West Coast of the United States. Bellingham Cold Storage handles over 600 million pounds per year of products ranging from seafood to berries to various packaged foods. Its deepwater dock gives it access to Alaska and international markets. The company has two 25-acre campuses in Bellingham: One is located on the waterfront under a long-term lease from the Port of Bellingham, and the other is situated two miles inland on Orchard Drive, near Interstate 5. The Talbot family is also the owner and developer of Bellingham’s 200-acre Barkley Village neighborhood center, located east of Interstate 5.  Learn more at http://www.bellcold.com/.

About the Joshua Green Corporation:

The Joshua Green Corporation is a Seattle-based, privately-held investment company that invests in a diverse range of assets, including private companies, public equities and real estate. The corporation has deep roots in the Puget Sound region, dating back to the 1890s. JGC has acquired ownership interest in a number of companies with a focus on strong management teams and growth potential, and it typically holds assets for decades. The corporation also operates the Joshua Green Foundation, which is well-known for its philanthropy. Learn more at http://www.joshuagreencorp.com/.