For the first time ever (but probably not the last time ever), the Oxford Dictionary’s Word of the Year isn’t even a word-it’s a pictograph. The emoji named “Face with tears of joy” seen here was the big winner.

If you are new to the emoji world, an emoji is a small digital image or icon used to express an idea, emotion, etc., in electronic communication. It is of Japanese origin circa 1998 or 1999. They are used to express how one feels in a visual way. An example would be using the emoji seen above instead of “LOL” in your text message or using the thumb emoji to represent your response in place of actual words.

According to The Atlantic, people tend to use emoticons when there’s something awkward or potentially offensive, or something that others could take the wrong way…so people use emoticons or emoji in these instances to just add that little bit of extra inflection.

Emojipedia is an emoji reference encyclopedia where you find any emoji you need or you can make your own.  It also shows how emoji’s look on various devices such as iPhone, iPad, Android, Mac OS X and other Windows platforms.

Here is an example of an iPhone message using emoji’s to help support what is being communicated. 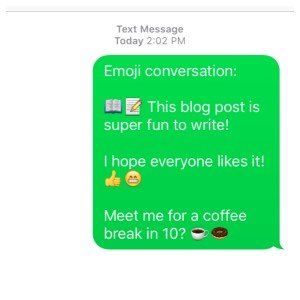 In one survey, 76% of Americans said that they have
used an emoji in digital communication at work.

Name brands like Coke and Domino’s are using emoji’s to communicate with their audience and convey messages in simple ways. 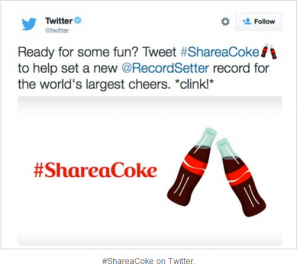 Emoji marketing and emoji use are not for everyone…but if you’re curious and want to test using them a bit, this article should help. Let us know your thoughts…via emoticons!