A fair bit has already been written about Twitter best practices and how to use this particular social media platform as an effective marketing tool.   The core basics have been covered as well as more advanced tools and tricks that can be used to improve engagement and increase the number of profiles that follower yours.

With this article we’re going to have a bit of fun and share some things that can annoy others on Twitter.  These are practices and behaviors that can make people ignore your Tweets and even unfollow your profile…which is not the goal right?

The idea for this article was inspired by this tweet from Seattle beer blogger Kim Sharpe Jones.

Within minutes, others in the know were chiming in with their top Twitter no-no’s.  The following list evolved from that initial tweet…because sharing thoughts and ideas with peers is one of the best things about Twitter!

1.  Don’t connect other social media accounts with Twitter – by Patti Rowlson @pattirowlson.  Information you share on LinkedIn, Google+ and Facebook is not always appropriate for sharing on Twitter because the audience on each social site is different.  The number of words and characters allowed on other sites doesn’t often match up with Twitter’s guidelines.  If tweets are automatically generated from other accounts, anything over the 140 character limit will be cut off so you leaving Twitter followers hanging.

2.  Don’t get too far off topic if you’re tweeting for business – by Kim Sharpe Jones @Seattlekim. If you’re Tweeting for a business, it’s ok to have a personality, but you should also be consistent and stay on topic. If your business is eco-friendly soaps, Tweeting about related environmental subjects is ok, but live Tweeting the Golden Globes might throw off your followers.

3.  #Don’t #Hashtag #Every #Single #Word #In #Your #Tweet – by Elliott Smith @soundslikepuget.  Hashtags should be used sparingly to engage in the ongoing public conversation on the subject at hand. Take a minute to research the right tag for the subject you want to discuss. Don’t just jump on somebody else’s hashtag, or another community’s hashtag, and take it over. 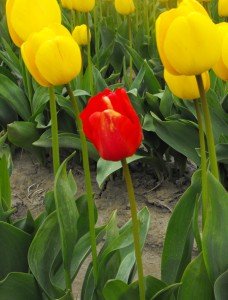 How to stand out on Twitter…in a positive way

Remember, Twitter is a place to learn, educate, engage, and build a community.  It’s not a place to post one marketing message after another using a scheduling tool like HootSuite.  If the only activity on your profile is outgoing marketing messages, the account will appear robotic (and who wants to follow a marketing robot?).

Spend time on Twitter reading what others are posting and sharing.  Click the Reply link and ask meaningful questions or offer answers.  Click Favorite or Retweet to let people know you read and appreciated what they shared.  Whether using Twitter for business or personal branding, engagement is the key to standing out in a positive way.