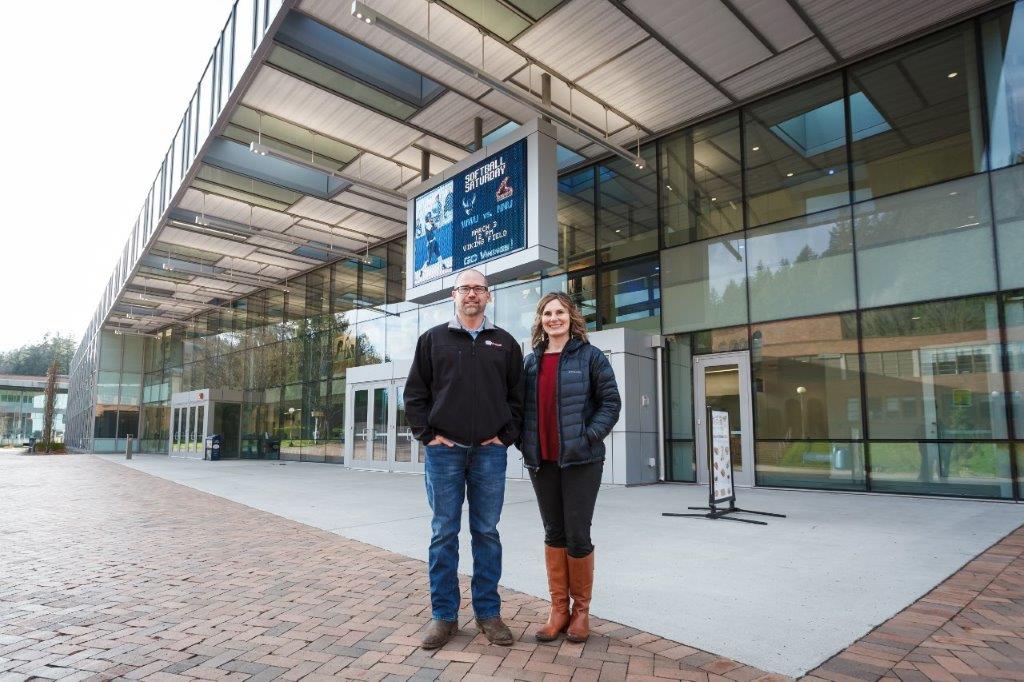 BELLINGHAM—Drywall and framing company GK Knutson, in celebration of its 20 years in business in Bellingham, recently donated $20,000 to local nonprofit organizations that work hard to support families in Whatcom County.

GK Knutson pledged $15,000 to Habitat for Humanity in donations of drywall services and material to help families in need afford to build and own their own homes. Habitat works by helping families build houses and shepherding them on the path toward home ownership and financial independence.

Also as part of its anniversary giving, GK Knutson donated $5,000 to help sponsor the Agape Home for Women and Children’s upcoming Light in the Night Gala & Auction.

“Agape is a ministry that I personally feel connected to,” says GK Knutson vice president Kristi Knutson. “I’ve been volunteering at Agape and have been enjoying creating relationships with the women who are transitioning from being without a home to finding meaningful employment and a residence of their own.”

Agape Home is a program of the Lighthouse Mission, which works to end the cycle of homelessness for men, women and children in Bellingham.

GK Knutson, founded and owned by Greg and Kristi Knutson in 1997, is a Puget Sound-based metal framing and drywall company. They operate as a subcontractor on large commercial and government construction projects up and down the I-5 corridor, from Tacoma to Blaine.

The company has had a major impact on the Bellingham community, highlighted by their recent support of the remodel of the Carver facility at Western Washington University. This $4 million contract employed more than 45 workers for GK Knutson and generated an estimated $7.88 million in economic benefits to Bellingham and the surrounding communities.

“We see this business as mainly about people,” Knutson says. “Strong relationships are one of our core values. Not only do we have great relationships with the general contractors, their project managers and employees, but also with all of our vendors and other tradesmen with whom we interact on a daily basis.”

Those relationships have enabled the company to thrive in the Puget Sound area for two decades, and that’s one reason the company has been so eager to give back by investing in the people of the community, Knutson says.

“It is our joy to be able to give back,” she says. “We have benefited from being part of the construction community these past 20 years, and this is one way we can offer our thanks and appreciation.”

About GK Knutson: GK Knutson is a family-run construction company founded in 1997 by Greg and Kristi Knutson. The company works primarily in metal stud framing, drywall, insulation and acoustical ceilings on commercial and government projects. GK Knutson’s family culture strives to promote from within and to invest in the growth of employees through leadership and technical training. It also is committed to family-wage compensation for its employees, who are members of Local Union 41 and participate in workplace safety and drug-testing programs.Business affiliations include the Association of General Contractors and the Northwest Wall & Ceiling Bureau.